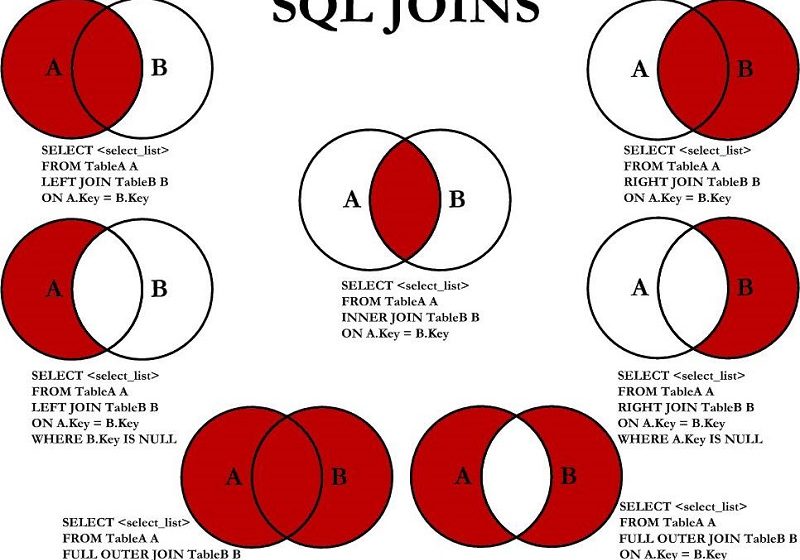 This is just a simple article visually explaining SQL JOINs.

I’m a pretty visual person. Things seem to make more sense as a picture. I looked all over the Internet for a good graphical representation of SQL JOINs, but I couldn’t find any to my liking. Some had good diagrams but lacked completeness (they didn’t have all the possible JOINs), and some were just plain terrible. So, I decided to create my own and write an article about it.

I am going to discuss seven different ways you can return data from two relational tables. I will be excluding cross Joins and self referencing Joins. The seven Joins I will discuss are shown below: 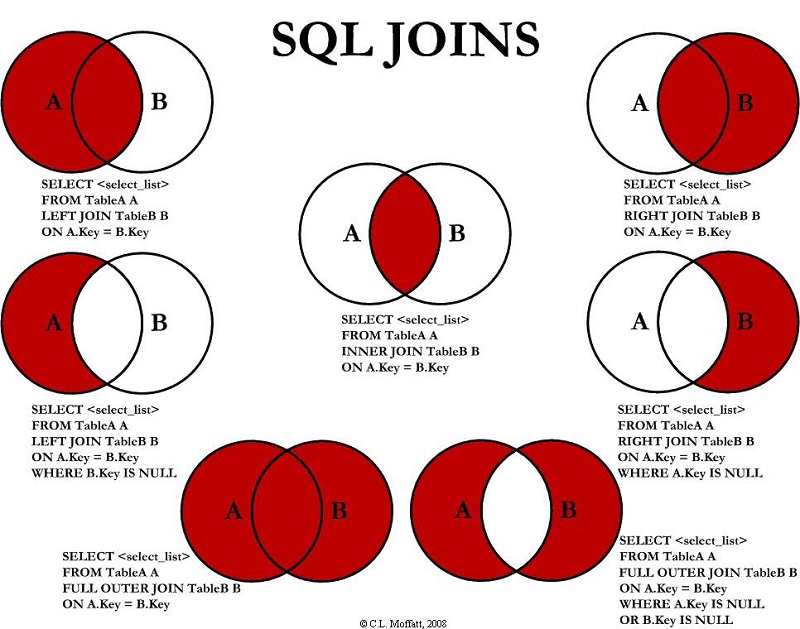